Getting rid of cable is a great way to save money but now you have to find an inexpensive streaming service. Several online services that offer a wide variety of broadcast and original programming.

Two popular streaming services are Hulu and Roku. Both are less expensive than cable and have several packages to choose from. While there are similarities, there are also differences. Understanding what sets the streaming services apart will make it easier to pick the one that meets your entertainment needs. 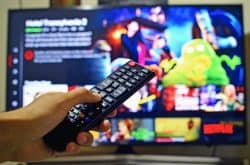 You will find plenty of programming to watch with these two streaming services. Both are also inexpensive but how they work is dramatically different.

Depending on the entertainment package you choose from Hulu you’ll be billed a small monthly fee. There aren’t any contracts to sign so you can cancel service without any fines or penalties. You can also choose to pay yearly though it might take some time to get a refund if you decide to cancel the service before the 12-months are up.

Roku only charges consumers a one time fee for the small streaming media player, while Hulu requires you to download an app. You will need a smart TV to use Hulu, while Roku can even work with older televisions that are missing an HDMI input.

You will need to purchase an antenna to watch local stations with Roku. The same also applies to Hulu unless you pay more for the TV package. When it comes to content both streaming services have thousands of hours of broadcast and original programming to keep you entertained.

If you want to watch Netflix, Disney Plus, or premium channels like HBO you will have to pay an additional fee. You can also add Hulu to your Roku media player if you want to have both streaming services.

Launched in 2017, Hulu has quickly become a favorite streaming service for people leaving their subscription cable behind. You are not stuck in a contract with Hulu, and the app is compatible with most media devices, including Roku.

You can choose which premium channels, if any that you want to add. You’ll also have access to a range of programming, including past and current seasons of a few popular shows.

What most consumers like about Hulu, other than its expansive library, is the low monthly price. However, if you want to get live TV without an external antenna, you will have to purchase the higher-priced packed that is still less than a basic cable subscription.

If you don’t want to add another component to your home entertainment system, you’ll want to give Hulu a look. It is compatible with Roku, Amazon firestick, Apple TV, Chromecast, Xbox, PlayStation 3, and 4 to name a few.

You can choose from three packages that include live TV and some premium channels like ESPN, HBO, Cinemax, Starz, and Showtime.

Except for CBS, Fox, NBC, and ABC programming are available on Hulu, including past seasons of shows like Bob’s Burgers and Blindspot. If you want to stay current with CBS and don’t want to purchase an antenna or Hulu TV, you can download the CBS All Access app for a few dollars more.

Hulu also has a large library of original content that will keep you entertained for years. Along with series and movies, you can also enjoy anime, documentaries, and music.

With your basic Hulu package, you can stream content to two connected devices. You can also upgrade to a premium package with 3 -5 streams if needed. Best of all, you don’t have to set any components up to watch Hulu. Once the app is installed, you’re ready to start watching TV.

Hulu does have a few disadvantages that might not appeal to everyone. You do have to pay more if you want to stream the service on more than two devices.

If you’re looking for past seasons of your favorite network shows, you might not be able to find them. Not all television seasons are available through Hulu, often it’s only the last ones.

The cost for Hulu is less than some other streaming services but the monthly price can go up when you start adding other channels. However, you can save money by bundling channels together, like Hulu with Disney + and ESPN.

You also have to deal with commercials when your watching Hulu content. There are fewer than with broadcast TV but some viewers will still find it annoying.

Not everyone has a smart TV but with Roku, it doesn’t matter if there isn’t an HDMI input. You can still connect the small device and have access to content and apps like Hulu, Netflix, and Amazon video. There is a fee for those services but once you’ve paid the low cost of the Roku device it is free to use.

Currently, there are four Roku media boxes to choose from, and the 2018 model even works with tube TVs. You will need to add an external antenna to watch local channels but there are several that are discrete and blend in with your other media components.

There is a one-time fee for Roku and once it’s set up you’ll have access to some shows and movies. It does come with more channels than some other streaming media devices, along with some free programming.

The included remote is simple to use and comes with a voice-activated feature. There are also buttons for Hulu, Prime, Netflix, and Sling so you can bypass the home screen and go straight to the app you want.

Some people like to organize their home screens for easy reference and Roku lets you do this. You can arrange the screen by content type and even give custom names for inputs. You also won’t find an input button on the remote. Just select from the home screen or one of the four labeled buttons on the controller.

Some media boxes come with remotes that allow you to plug in headphones. This way you can watch TV late at night without waking anyone up. Another handy feature is being able to pause live TV for up to 90 minutes. You can also playback digital broadcasts if you missed something important.

One of the biggest drawbacks to Roku is the need to add another device. Even though all four models are small and easily blend in with other components, it’s still something else that needs to be connected.

You will also need to purchase an antenna if you want to watch live broadcast TV.

Roku does have a large library full of movies and TV shows, but it is also limited compared to other streaming services. You will also have to deal with commercials on the free channels and with some of the purchased apps.

Both Hulu and Roku offer original and broadcast content, along with plenty of Hollywood and original movies. There are still some differences that could steer you towards one over the other.

Both services are easy to install. Roku comes with a small media box that can even work with tube-style televisions, while Hulu is an app. Regardless of which streaming service you choose, a high-speed internet connection is a must. Neither will stream programming without internet access.

What sets them apart is that you don’t need to buy a new TV to install Roku. Once you have the media box connected you can pay to download the Hulu app. If you already have a smart TV, then you don’t need to pay for the Roku box, simply add Hulu for a small monthly or yearly fee.

If you only want the basic Hulu package it is currently around $7 a month. You can add on other apps like Showtime, Disney +, ESPN, and others for an extra cost. With your smart TV, you can forgo the Roku box, with the least expensive one costing around $30. It is a one-time fee and after that, it’s up to you what apps you chose to purchase and install.

Only Hulu offers a 7-day trial period. If you decide you don’t want the streaming service you can cancel anytime. It’s easy to cancel. Log into your Hulu account and select ‘discontinue’. If you’ve already been charged for the month, you’ll still have access until your next payment is due.

There are no monthly fees with Roku but you cannot return the media box for a full refund if you decide you don’t want to use it. It is a one-time fee that is non-refundable.

Hulu does beat Roku with its programming library when it comes to variety. You’ll find original programming, along with Hollywood movies and broadcast television shows.

Roku also offers a large library but some viewers may find it limited. However, you can get more free channels with Roku than Hulu.

With the Roku box, you are limited to the TV it is connected to. You cannot add another device unless you purchase another media box.

Once the Hulu app is installed, you have two streams with the basic package. This means if you have a Roku box on one TV and an Amazon Firestick connected to another, you can watch Hulu programming on both devices at once.

You can also upgrade to a family package and connect up to 5 devices. Hulu also allows you to upgrade DVR storage space from 30 hours up to 500 with some packages. Roku will only pause live broadcasts for up to 90 minutes, though it also comes with some playback options.

Cutting the cable cord doesn’t mean giving up sports but you will need more than Roku or basic Hulu. Both streaming services give you access to ESPN, NBC Sports, and others, along with broadcast channels with an antenna.

It will cost extra to download the sports apps but with both services, you’ll have plenty to choose from. Roku will also let you download Fubo if you want to watch international games like rugby, soccer, and lacrosse.

Hulu is a little more limited than Roku when it comes to available sports apps.

You’ll find that Roku and Hulu are evenly matched when it comes to adding premium channels like Showtime, Starz, HBO, and others. If you have a Roku device and can’t find the app you want, installing Hulu will give you access to most premium channels.

In some cases, it might be cheaper to pay for Hulu TV or a family package instead of downloading each app separately. It will depend on what you want to watch and are willing to pay for.

Hulu and Roku both have outstanding customer support online and over the phone. If you’re having problems accessing content or the Ruko box isn’t sending a signal, you can get help within minutes. There is also a handy ‘help’ menu with both services that will troubleshoot some of the most common issues so you might not have to contact customer service.

When you’re trying to decide between Hulu and Roku, the first thing is to consider your television. If it down not have an HDMI input or is an older tube-style model, you will need to start with Roku and download the channel apps from there.

You also have access to more sports channels with Roku than Hulu, but when it comes to programming and movies Hulu is the better option.

Hulu, in the long run, is also more expensive than Roku. Hulu charges either a monthly or yearly fee, while Roku only charges for the media box. Once you’ve purchased the box, the only fees will be from the apps you decide to add on.

Whichever service you choose, you’ll quickly find that you don’t miss your expensive cable package at all.

Sling TV vs Philo: Which one is better?Fubo Vs Hulu: Ultimate Review
How To Use Roku Stick On Laptop