If you’ve been missing out on conversations of some favorite shows like Westworld, or Succession, then you might need to start watching HBO. The streaming entertainment hub has been consistently producing awesome content accessible to paid subscribers and those involved in TV packages. While it is clear that Home Box Office (HBO) is not free, there are several ways to enjoy free streaming.

If you don’t fancy their $14.99/ month subscription, you could opt for free alternatives, which we’re glad to share. Read on to discover platforms that have an HBO free trial or free content on select HBO titles.

How can I get a free trial of HBO? 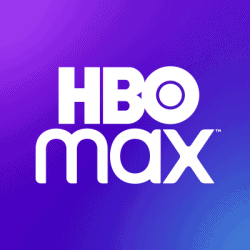 You can access HBO’s free trial in so many ways, although it can get a little tricky while hopping from one free trial to another.  HBO has free trials on several sites such as:

But before we look at HBO’s free trials and how to cancel for free access,  it is crucial to note that you need to sign up. Also, you’ll have to take a couple of things into perspective:

You will need a credit card number. Just don’t forget to cancel your subscription before your free trial period expires to avoid being charged. If you don’t cancel 24 hours before your period, you might want to prepare for a $14.99 charge.

Free trials are for new users. You can enjoy the free trial as a new subscriber, but there’s also another option of registering with a new email address before you cancel your subscription.

To get all the great perks of HBO, you’ll need to sign-up for the site first. When you create an account, HBO will give you two options to choose from; HBO Now and HBO Go. Now, if you decide to go with HBO Go, you might want to subscribe to the satellite or cable TV first. Once you subscribe to HBO, you get HBO Go free of charge. On the other hand, if you wish to choose HBO Now, you can do so by subscribing to this service without subscribing to HBO first. You can also add several devices without having to set up an HBO Now TV code.

You’ll be able to access HBO’s free trial through any of these connected devices. Both HBO Go, and HBO Now has free trials once you sign up for the accounts. The trial period for both is usually seven days, and it may be more or less depending on your provider. During this free trial period, you can access HBO’s full features with an HBONow TV code, including premium shows on all devices. It is the best time to gauge and see whether a subscription at the site is really worth it.

Apart from the website itself, you can watch HBO on other platforms, such as Roku. The Roku Channel acts as a hub for streaming sites and hosts other channels like Netflix and Google Play Movies. Roku also has a seven-day free trial, which you can use to access free content on all streaming platforms it has, including HBO. This free trial via Roku is an excellent way to enjoy HBO and other content like Hulu without paying extra for those channels.

Hulu has become one of the most promising streaming channels and popular sites to find TV shows and movies online via websites and mobile app. Since HBO offers a free trial for first-timers, you can get it by registering through Hulu. You can access HBO channels through the HBO add-on, and you won’t be required to switch between the channels. You will be notified once your trial period is close to coming to an end. If you wish to continue to the paid version, just leave everything as is, and you will be billed accordingly. Cancel your free HBO trial subscription 24 hours before the trial period to avoid being charged.

Like Hulu, you can also watch HBO on Amazon Prime Video as the site has an HBO add-on for existing subscribers. Amazon itself has lots of HBO shows to offer without using the HBO add-ons. Though you get the free trial through Amazon, it remains a scanty seven days, even if you cancel it early on.  Once you cancel your subscription, you still have to pay separately for Amazon’s subscription fee.

Does HBO have a 30-day free trial?

Though HBO’s free trial is available in multiple streaming service providers, the trial period remains the same. For instance, if you subscribe to HBO through Hulu, the trial period is 7 days, and it remains the same even if you find the HBO app through Amazon Prime Video. HBO does not have a one-month free trial despite subscribers like Amazon Prime Video offering a 30-day freeloader’s session with all rights reserved.

Is HBO free on Amazon Prime?

No. HBO is available on Amazon Prime as an independent subscription service. To get Amazon,  you need to subscribe to Amazon Prime separately and HBO separately to see its channels. You can watch HBO for free on Amazon by using their free trial period, which is available for first-time users only. Once your free trial is over, HBO will charge you $14.99 per month for an Amazon HBO subscription package.

While HBO contains free trial periods, the streaming service is still modeled behind a paywall. To get its full access, you have to pay the $15 per month subscription. However, early this year, HBO announced its first-ever free giveaway to customers across the United States. Amid the current global crisis, so many people are at home, and watching TV has become the norm for entertainment. In line with this, HBO announced a one-month campaign where they gave more than 10,000 hours of content to watch for free. The nearly 30-day campaign ran from 3 April to 30 April 2020.

The content was made available on mobile apps, official websites, and people could also get the shows from other third-party streaming services like Amazon and the Roku Channel. The package included 20 Warner Bros. movies, full seasons of nine original series, which came to about 490 episodes in total. The TV show titles included “The Wire,” “The Sopranos,” “Succession,” “Silicon Valley,” “Ballers,” “Barry,” “Six Feet Under,” and  “True Blood.”

Apart from HBO’s free giveaway, the entertainment platform also offers regular episodes of series for free on its website. With all rights reserved, the episodes are mostly limited to premier episodes. Though relatively limited, you can as well watch HBO’s content from its YouTube channel. The content may be limited to teasers and trailers, but they are worth the try without paying a dime. HBO also has tons of talk shows that are free to play on YouTube. You’ll get shows like “Real Time with Bill Maher” and “Last Week Tonight with John Oliver” available in segments on YouTube.

If you’re on an AT&T plan, you might want to consider the new HBO Max offer with AT&T. HBOMax is the latest release of HBO streaming platforms with numerous content on offer. To access this content, you either need to pay its subscription or get it for free through the following subscription plans on AT&T:

To get to watch all the content offered by HBO Max, simply login to HBO using your AT&T credentials and get content for free. Without the AT&T plan, you cannot find HBO Max for free, and you’ll have to pay $15 per month for an HBO Max subscription.

Lastly, if you’re still using cable TV, you can still try to contact your provider and see if they have an HBO package included in their plan. Some providers like DirecTV have a Choice package that provides for the site in a 12-month subscription. Even if your current plan doesn’t have HBO, you can call your satellite or cable TV provider and see if they can include an extra HBO package at a discount fee.

As you can see, HBO is ever-growing and has lots of content available for its users. Before proceeding, we’d recommend checking if it is available in your country first. After that, you can take up the hassle of finding freebies. That said, HBO is a paid TV subscription service, and just like most competitors have a free trial for new subscribers. It may not last for long, but you’ll get the gist of things during the 7-day binge-watch period. The streaming service is also available on other platforms like Amazon Prime, Hulu, and even your average cable TV! You may want to find your cable TV provider first and see if they have any offers in-store.

However, if you find the channel has great shows, you can join the paid bandwagon. As long as you’re confident the price is worth binge-watching all day,  you have nothing to worry about. HBO has a lot of competition in the streaming space, and providing free trials on its app and website is one sure way of keeping customers glued or turning passersby into real subscribers.