How To Watch HGTV On Apple TV

How To Watch HGTV On Apple TV 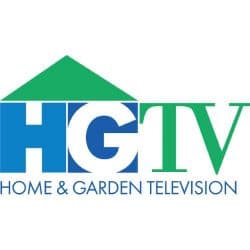 The Apple TV has transformed how people watch movies and television programs.  It allows viewers to stream media from their Apple TV to the televisions, computers, phones, and tablets throughout their home without the need for cables of any kind.

Why kinds of programs are on HGTV?

HGTV is short for Home & Garden Television.  As the name suggests, this channel mostly broadcasts programs that focus on home improvement and real estate.  It’s a very popular channel with some fantastic shows including Fixer Upper, Home Town, Flip or Flop, House Hunters, Property Brothers, Good Bones, and Hidden Potential.  Many of these programs are highly addictive and quite enjoyable to watch.

How to watch HGTV without cable

There are multiple options available for watching HGTV over Apple TV.  The easiest options being:

#1 — Watch HGTV on your Apple TV via the official HGTV app
If you have a subscription to a cable or satellite television provider like Xfinity, DirecTV, Dish, AT&T U-verse, or Verizon FiOS, you can watch HGTV via its official app.  The HGTV app (iTunes link) gives you access to all of the programs on HGTV live and on-demand.

Using the app is free for anyone with a television subscription for one of the service providers that offers HGTV.  To watch, all you need to do is:

The official HGTV app has an excellent browser, which allows you to search through the available shows by genre or a specific search term.  This makes it easy to re-watch classic episodes you enjoyed previously.   Episodes can also be added to personal watch list so you can view them at a later date.

The official HGTV app requires iOS 9 or higher and can only be used by residents of the United States.  All subscribers of cable or satellite television providers that include HGTV can sign into the HGTV app.

In past years, there were a small number of cable and satellite providers available.  They would offer very large subscription packages that could be quite expensive.  Subscribing to a cable or satellite package would mean paying for access to dozens of channels — some of which you had no interest in.

This has all changed thanks to the Internet.  There are now many television streaming services that offer small subscription services that are quite affordable.  Many of these services offer HGTV and can be streamed to your Apple TV, computer, smart phones, tablets, and other devices.  These “skinny bundles” range in price from $15 through to about $50.  The streaming services that have HGTV include:

Sling TV is one of the first providers of skinny bundles, allowing consumers to sign up to small collections of live and on-demand television channels.  The channels are streamed over the Internet to an app that is installed on your Apple TV.  It can also be streamed to a standalone streaming stick or box, smart phone, or tablet.

The cheapest price for a SlingTV subscription is $25 per month.  For this price, subscribers will gain access to 22 channels including Disney, ESPN, and HGTV.  To get started with SlingTV, sign up with SlingTV then install the SlingTV app on your AppleTV using the App Store.

Hulu initially used the same business model as Netflix, providing on-demand television and movies.  In 2017, they added live streaming television to their offering.  For $39.99 per month, you can access 55 channels on Hulu — including HGTV.  To get started, sign up with Hulu and install the Hulu app on your Apple TV.

Philo is a relatively new entrant in the streaming television market.  They are also one of the cheapest providers, with the company’s most affordable package costing only $16 per month.  For this price, you will get 40 channels, including HGTV.  To get started, sign up to Philo and install the Philo app on your Apple TV using the app store.

fuboTV initially launched as a streaming service with a strong focus on sports.  It has subsequently expanded its offering and now includes channels like HGTV, FX, Fox News, CNBC, and USA.  To begin, sign up to fuboTV and install the fubo app on your Apple TV.  Prices start at $44.99 per month.

DirecTV offers viewers more than 65 channels for $40 a month with no annual contract. It provides both live streaming and on-demand videos from channels including HGTV, CNN, ABC, NBC, AMC, and MTV.  After signing up to DirectTV, you can install the DirectTV app on your Apple TV to watch HGTV.

Playstation Vue has grown from a Playstation-only streaming service to a multi-platform service available on iOS devices and Apple TV.  It offers multiple packages starting at $44.99 per month for the “Access” package.  This package includes HGTV as well as FX, TNT, SYFY, BBC America, and AMC.  More expensive packages include premier channels like HBO and Showtime.  To get started, sign up with Playstation Vue and install the Playstation Vue app on your Apple TV.

Thanks for reading How To Watch HGTV On Apple TV.  If you have any questions, leave a comment below or contact us today.