Why Is Doctor Who Not on Netflix?

Who would ever think that an entertainment series on BBC television would grow to become a national institution? This popularity has happened not just in the lands where it was conceived and first aired by the BBC, but in almost all the nations. It would take a great prophet to predict such a thing.

Whether a prophet did it or not, no one can deny the greatness that the BBC’s Doctor Who has achieved the world over, and the millions of fans who adore everything there is to it. From the first run of the series to this reboot that has gone from strength to strength ever since it came out. 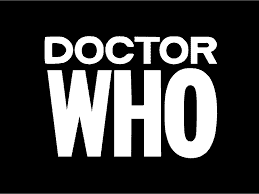 The BBC’s Doctor Who has been popular for some decades. This statement is an understatement when you consider the number of fans it has and continues to garner. The quirky characters who make up the show tend to be the most lovable for a wide audience. Then came Netflix to shake things up.

Netflix has changed the way people the world over enjoy entertainment, and this is including television series. With Netflix, the reach of the BBC’s Doctor Who was spread all over the world. All people had to look at was trends on Netflix, watch a few episodes and they would be hooked to both Netflix and Doctor Who.

Doctor Who on Netflix.

Netflix has grown since its formation to a point where it is now available all across the world. There are a few exceptions with some territories. This lack of availability could be a result of censorship a la China or embargos a la Crimea.

For millions of fans in the Americas and around the world, learning of the BBC’s Doctor Who was a result of the availability of the series on the now ubiquitous Netflix. This was the beginning of a love story spanning decades.

The widespread availability of Netflix meant that streamers all over the world would soon be introduced to this fantastic TV series. And people were hooked, especially in the United States. This is including children of various ages.  Netflix made both the classic and the new series available to stream. It was a binge-watchers paradise fueled by the phrase, Netflix and chill.

Then came the changes to Netflix.

For Doctor Who fans, it was all bliss for several years. They were able to access both the classic and new series on Netflix and watch at will. This including the movie made for excellent viewing. This was until the contracts came up for renewal.

By the time 2016 came, others had seen the success of Netflix in the streaming game, and they wanted a piece of the pie. They weren’t going to get people to subscribe to the level of Netflix if they didn’t have excellent content to provide their subscribers.  They had to get contracts with already successful content to make it available exclusively on their sites.

As 2016 approached, the contract that Netflix had with the BBC was about to lapse. Negotiations into the renewal of the deal weren’t bearing fruit and, ultimately, collapsed. This now meant that the BBC’s Doctor Who, both the classic and the new seasons, would not be available on Netflix US for streaming.

Instead, the series moved to Amazon Prime. They had been making big moves across the streaming industry in a bid to unseat Netflix. This also came when another popular BBC series, Top Gear, had suffered near collapse when the presenting trio had quit. They instead started a new motoring program known as The Grand Tour.

Amazon Prime was given exclusive streaming rights for Doctor Who across the United States. There was a catch, though. Amazon Prime only got access to the reboot of Doctor Who. The classic seeasons went to another streaming service, BritBox, a joint venture between BBC and ITV.

Is it Still Available In Other Countries?

The same goes for other territories such as Canada, which had theirs removed in 2019. Australia, India, and South Africa are just some of the countries where Doctor Who is still available to stream.

For Australia, though, it may not be too long before Netflix boots Nu-Doctor Who. This is because BritBox is also looking at getting into the Australian streaming market.

What if I want to watch Doctor Who, where do I go?

After the cancellation of the contract that BBC had with Netflix, the series moved to Amazon Prime. However, this was only for the Nu-Doctor Who, not the episodes of the classic series and the movie. These, as mentioned earlier, were off Netflix and other streaming services for some time before the arrival of BritBox.

Amazon did offer the Nu-Doctor Who for Prime users as a part of its free content library after taking over from Netflix. Come last year, however, they announced to the users of the service that they will no longer be able to provide the Nu-Doctor Who to fans of the show. They, also, did not mention to users when they were going to remove the series from its library.

Come early March, when the news broke that the coronavirus was ravaging the world unfettered, and this meant that people would be cooped up at home, with enough time to watch all new seasons of the Doctor available. That’s when Amazon decided to remove Nu-Doctor Who from its offerings. This removal happened virtually overnight, and without warning to anyone who had been following the show.

What streaming service is Doctor Who on now?

The removal of Nu-Doctor Who from Amazon resulted from Amazon Prime losing a fierce bidding war with another streaming service, HBO Max. This was why Amazon announced to its users via various media, including the news, that it would be removing the series from its offerings. For fans who were already following the show, the options available to them included paying $2 for every episode they watch or paying $26 for every season they choose to stream.

Netflix has gone on to pioneer other projects that you may be currently enjoying.

How to Logout of Netflix on iPadSling TV vs Philo: Which one is better?